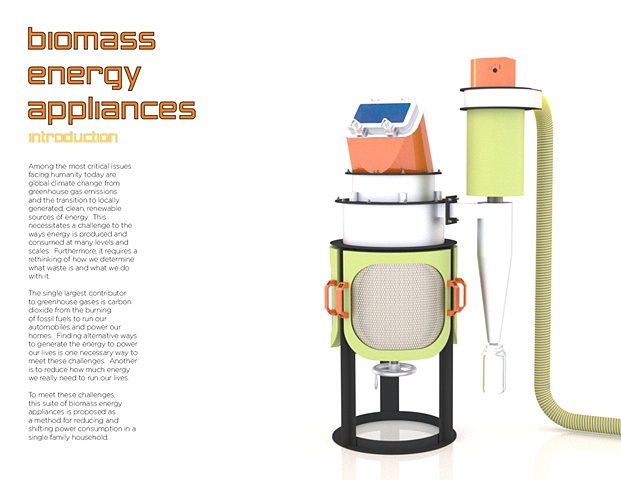 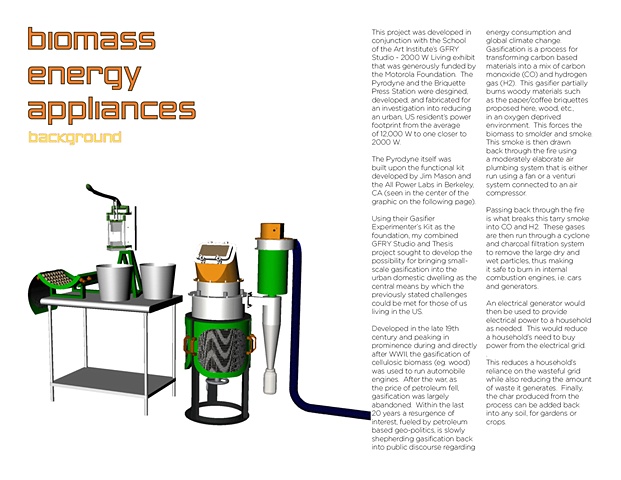 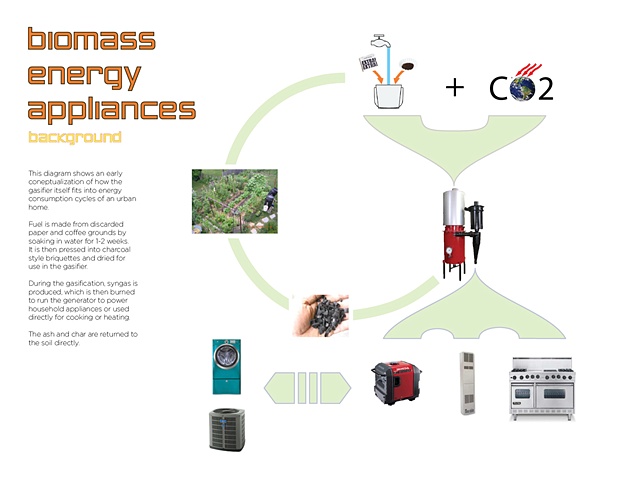 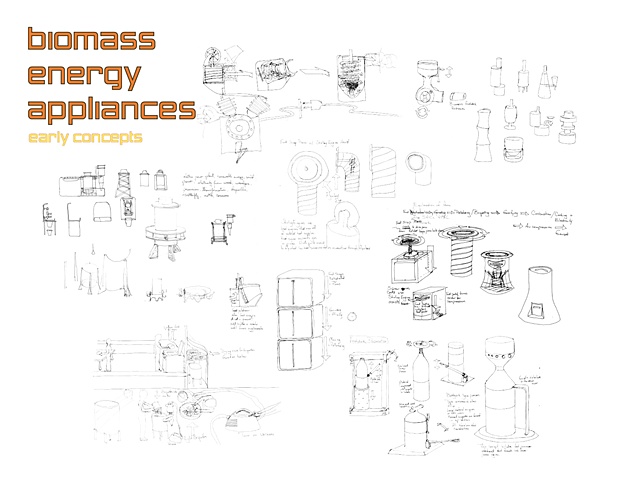 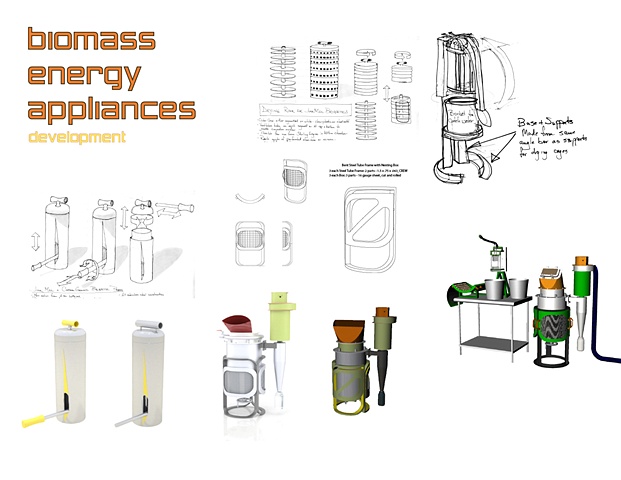 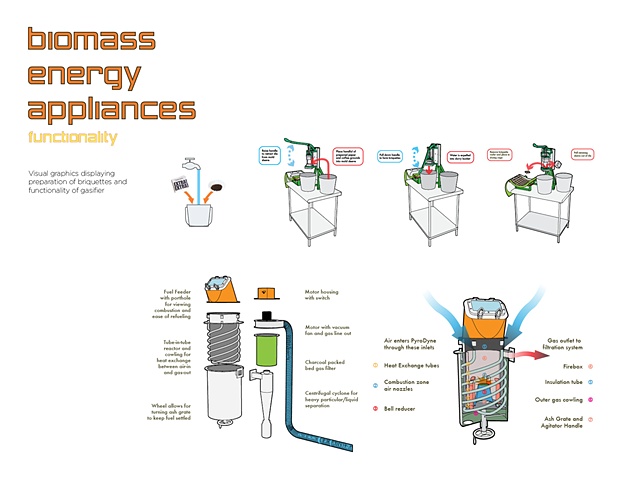 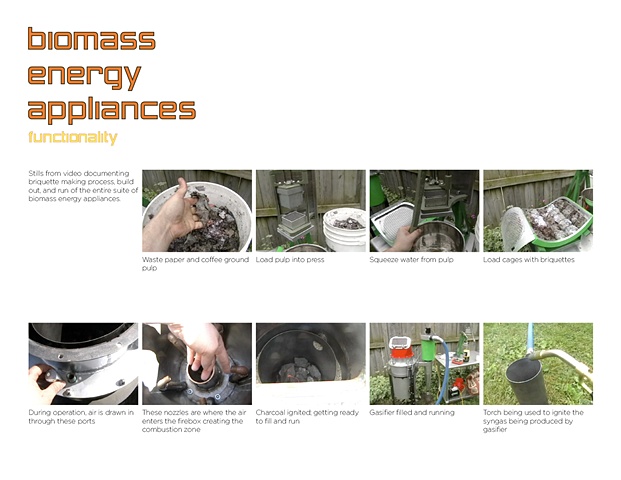 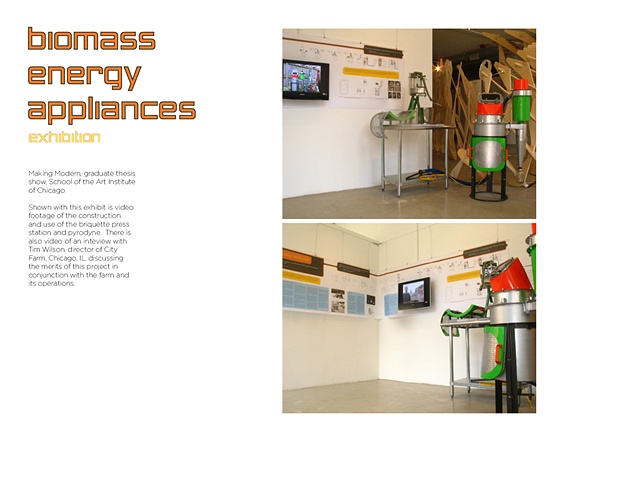 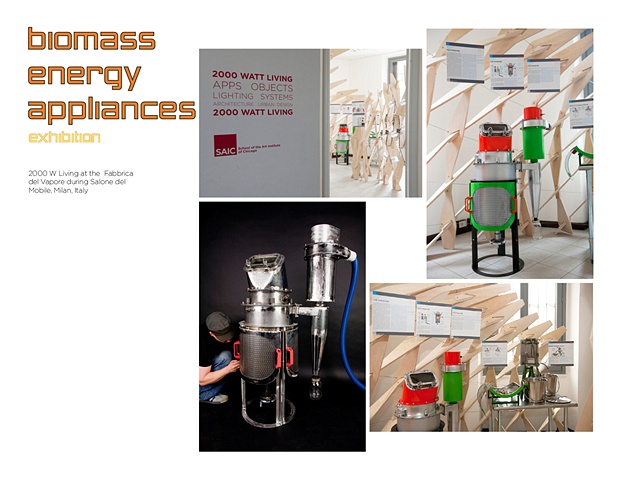 [Also special thanks to Jim Mason and the AllPowerLabs in Berkeley, CA for the actual gasifier itself. They conceived and engineered the fully functional kit upon which this project was built. Additionally, thanks to Jim and his group for their ongoing help in getting this project up and running and the continual improvements to the functionality of their gasifier.]

The second class this project is part of is my Thesis project for the Master of Design in Designed Objects program at the School of the Art Institute of Chicago.

Without going into full detail just yet (I'll continue to update as the project becomes more complete), the project looks at the feasibility of bringing small-scale biomass gasification into the urban domestic sphere. Biomass Gasification is a glorified BBQ process, where the fuel (biomass) consists of woody materials like paper, coffee grounds, wood chips, cardboard, etc. This fuel is burned and heated in such a way to produce smoke, which is then burned again to produce a synthesis gas which can then be burned directly for heat, or to run an engine or generator for electricity. Additionally, as a means of proving it's viability, use in small urban farms is also explored, as well as use in conjunction with landscaping companies.

As part of the mandate for the GFRY studio, our projects needed to be publicly presented outside of the school. The site for this exhibition was in Milan, Italy concurrent with the annual furniture and design fair, Salone del Mobile. Our exhibition was located in the Fabbrica del Vapore (the Steam Factory) for a show revolving around sustainability in design.

Here I will be showing conceptualizations, sketches, renderings, photographs, and graphics representing my design process for this project.